The rapprochement between the Soviet Union and Nazi Germany in the summer of 1939 led to an agreement officially signed in Moscow in the late hours of 23 August 1939 - the Treaty of Non-Aggression between Germany and the Soviet Union. It was a non-aggression pact under which the two countries were to remain neutral in the event that either nation were attacked by a third party.

The treaty also included a secret protocol dividing Northern and Eastern Europe into German and Soviet spheres of influence. It sealed off the fate of Poland and the Baltic states. 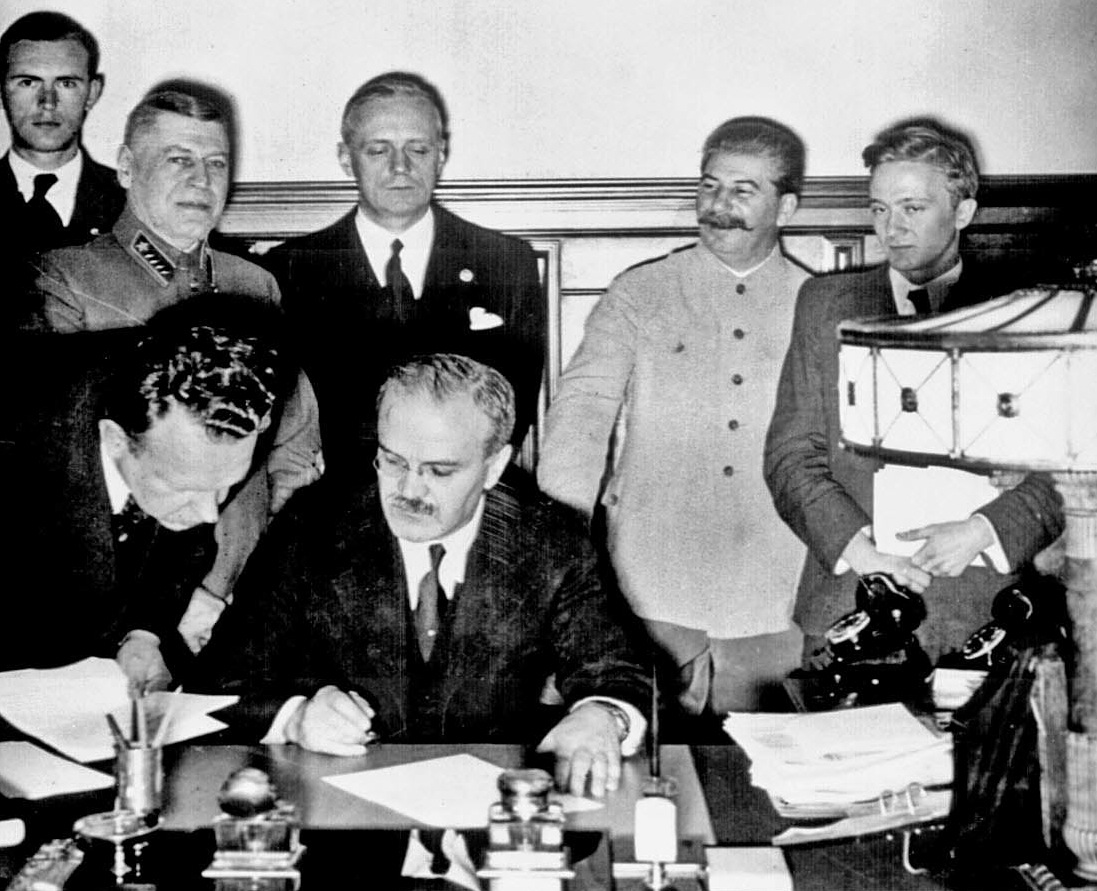 Soon after the signing of the treaty, Germany and the Soviet Union invaded Poland and divided the country between them.

The date of signing, 23 August, is commemorated each year across the EU as the European Day of Remembrance for Victims of Stalinism and Nazism. 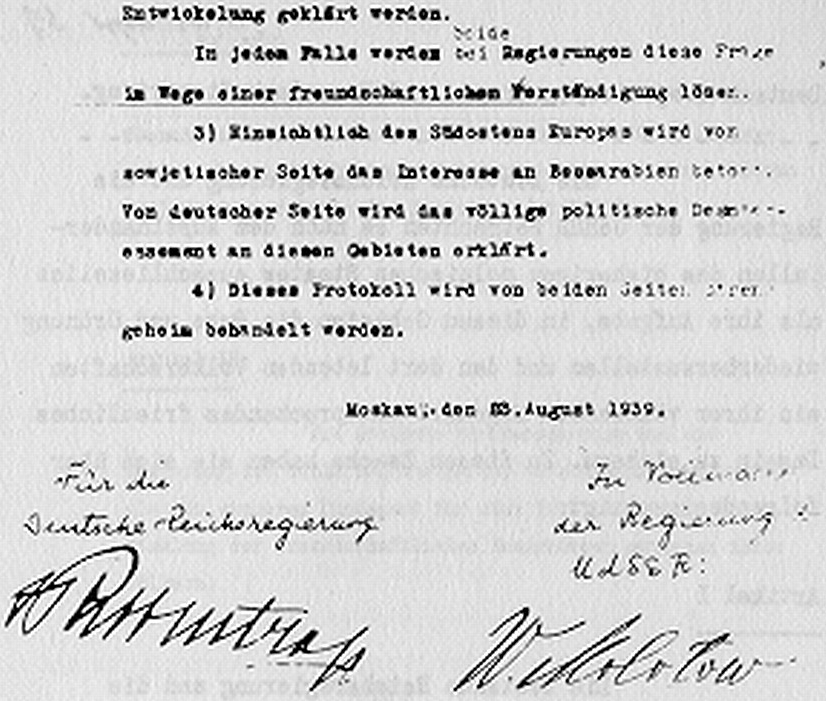