Tale of a House 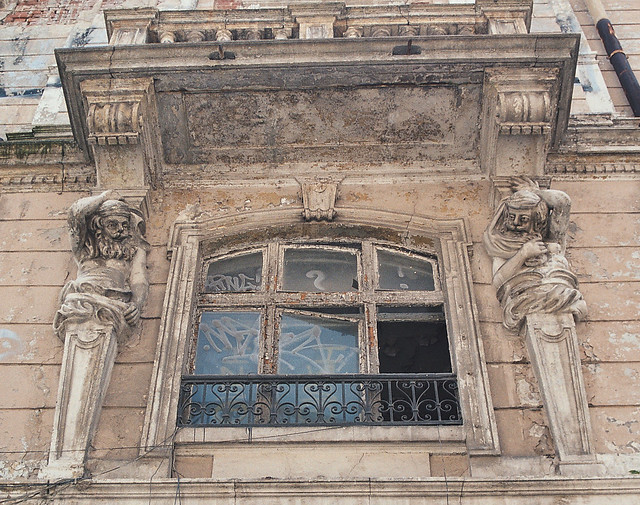 The Bulgarian city of Rousse is a true gem of Fin de Siècle architecture. Craftsmen and architects sailed down the Danube from Vienna and further afield, shaping a distinctly Central European look -- plenty of Neo-Baroque, Neoclassicism, Art Nouveau…

More than 250 buildings were listed and carefully preserved. Others were less lucky though. Take this one in the city's main drag, King Alexander II street: designed by an Austrian and decorated by an Italian master in 1891 for the country's largest insurance company.

After the Communist takeover the house became the Police headquarters and remained a place of sorrow and pain till the 1990s. The frescoes were covered in plaster or destroyed. For many the house stands as a reminder of times they would rather forget. Its future is now uncertain.

More on this Balkan Mitteleuropa