This is how Chechen schoolchildren imagine the deportation of their entire nation 77 years ago.

On 23 - 24 February 1944 Soviet security forces moved into the area and loaded hundreds of thousands of Chechen and Ingush people onto lorries, and then cattle trucks. They were moved from their homes to Central Asia and Siberia. About 700,000 people were affected across the North Caucasus, and nearly half of the deportees that freezing winter were children. 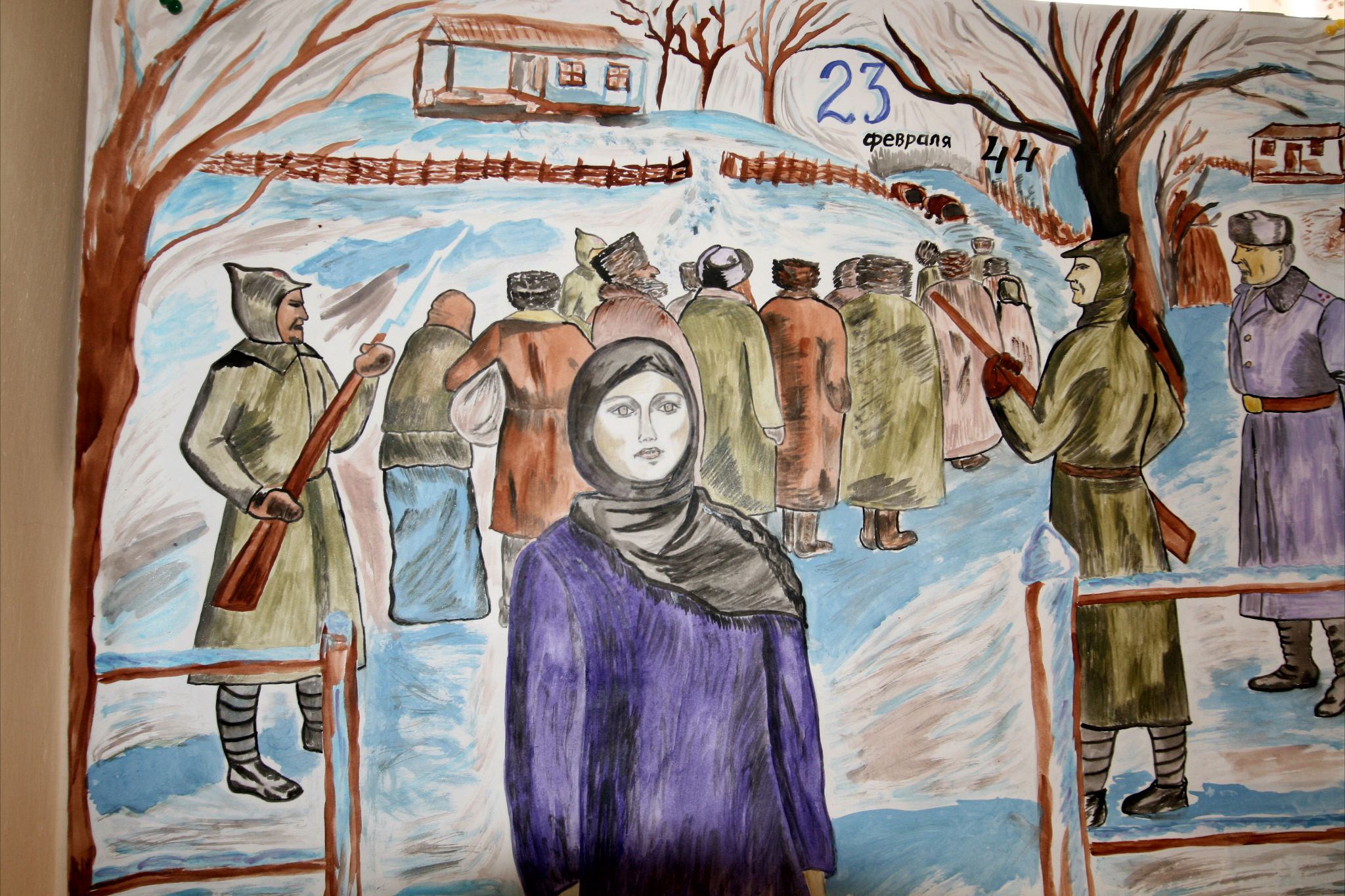 It's estimated that 170,000 to 200,000 of the Chechens alone lost their lives. That's over a third of the total Chechen population. The Chechen and Ingush who survived only started returning to their homeland after the death of Stalin in 1953.

To this day the foreign trucks used in the deportation are deeply ingrained in the collective memory – and they're shown in the drawings here. The Chechens were rounded up and loaded onto Studebakers, which were produced and supplied by the US. They were then packed into the freight carriages of trains. 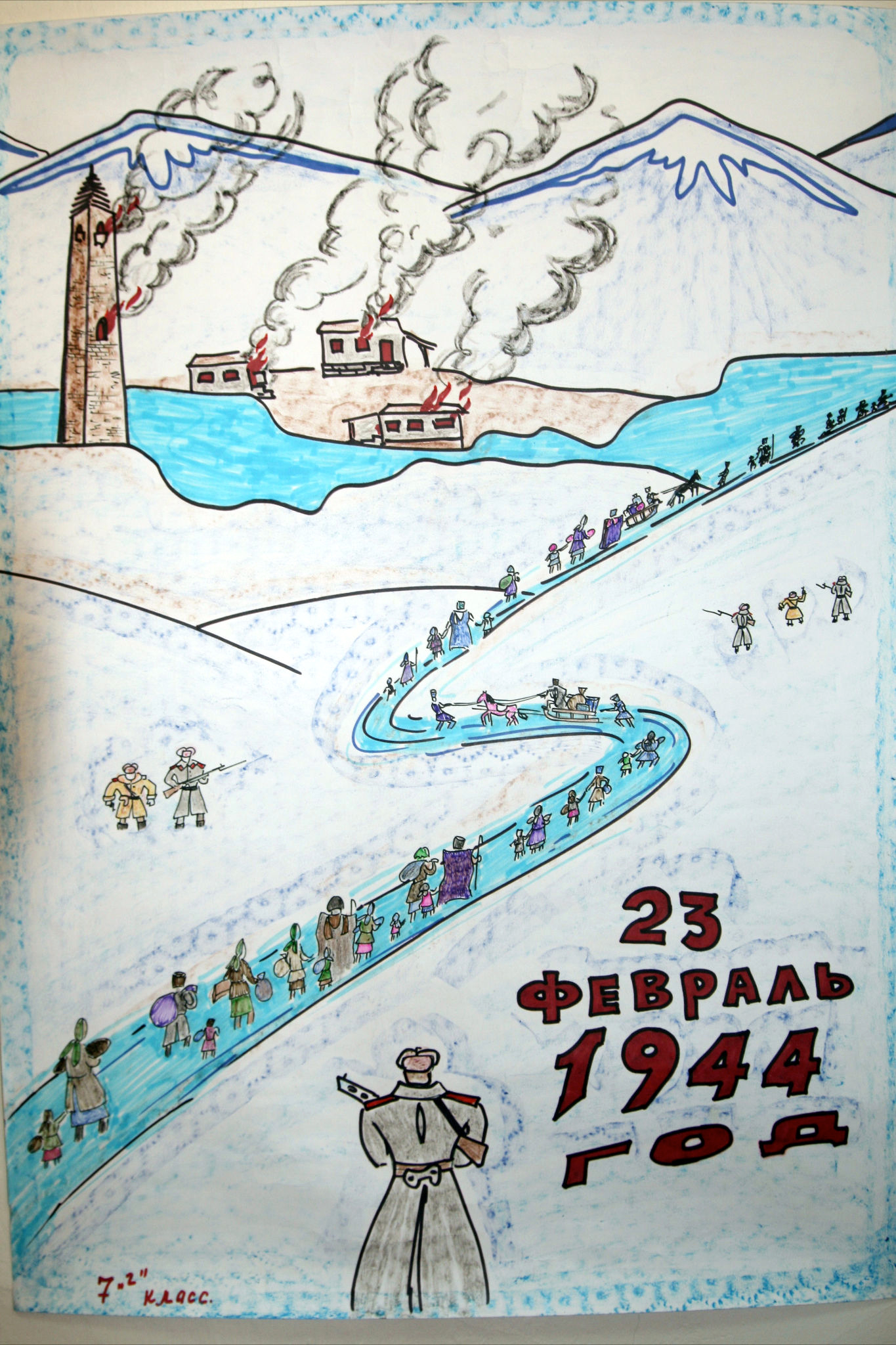 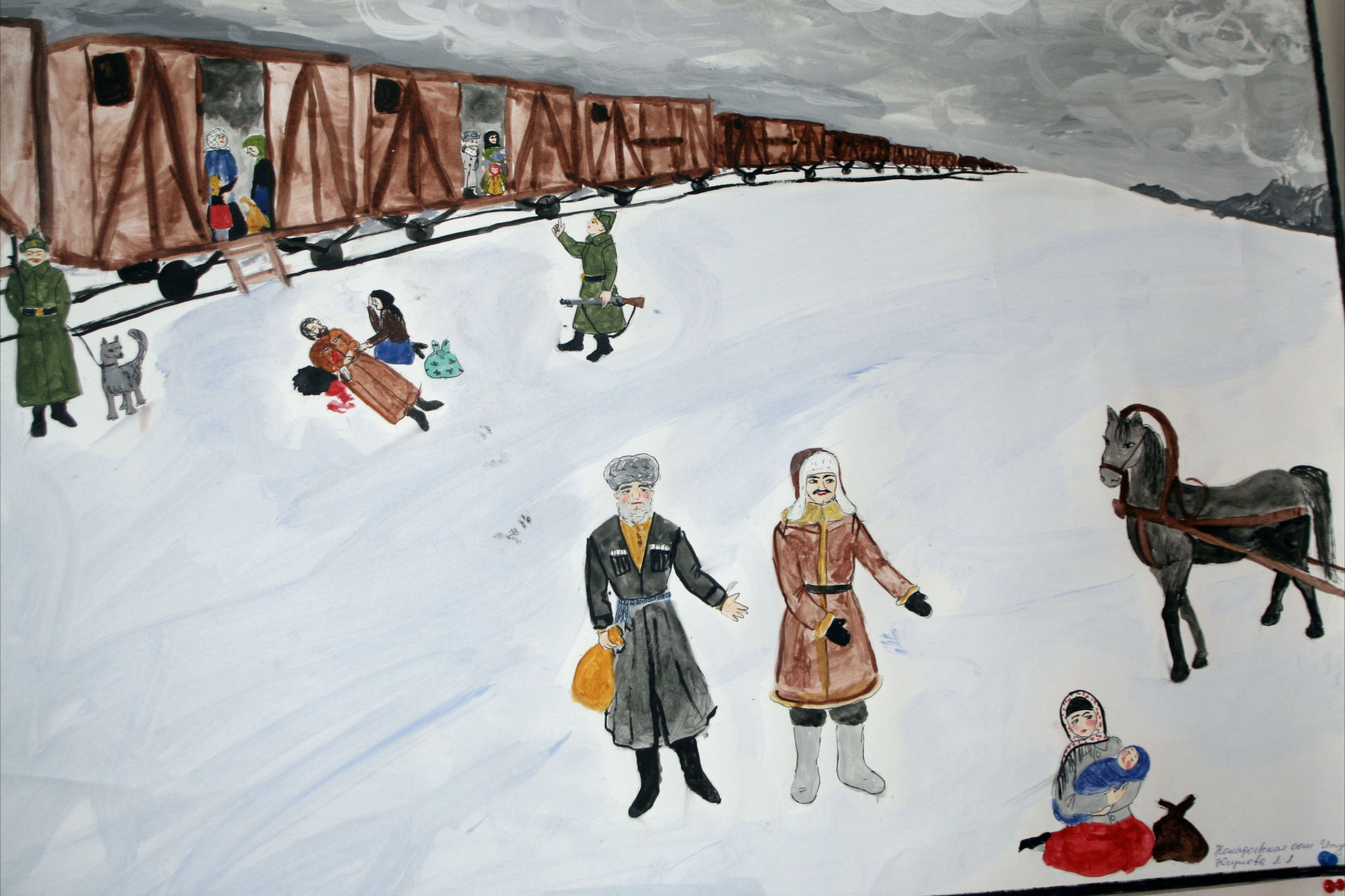 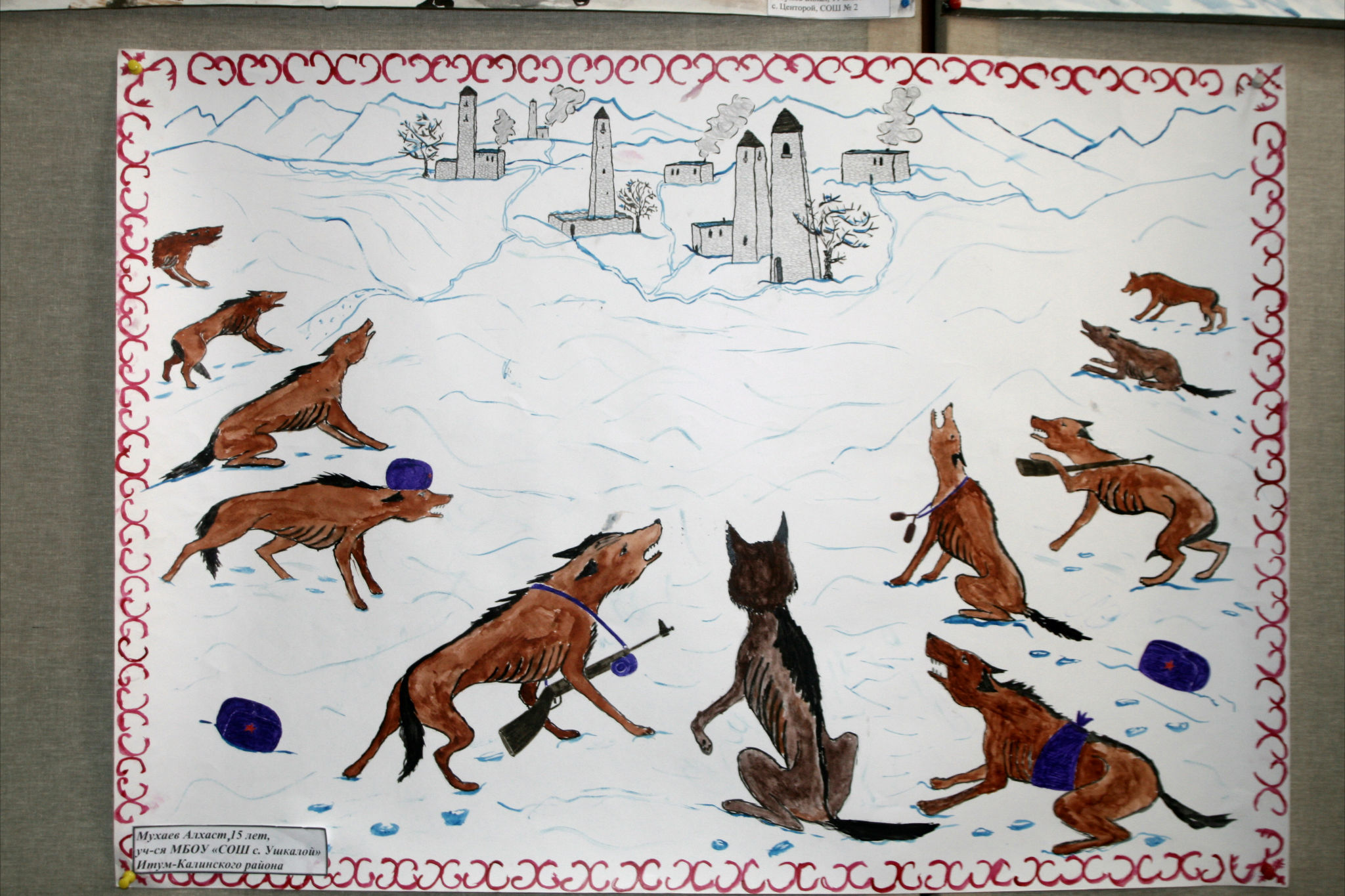 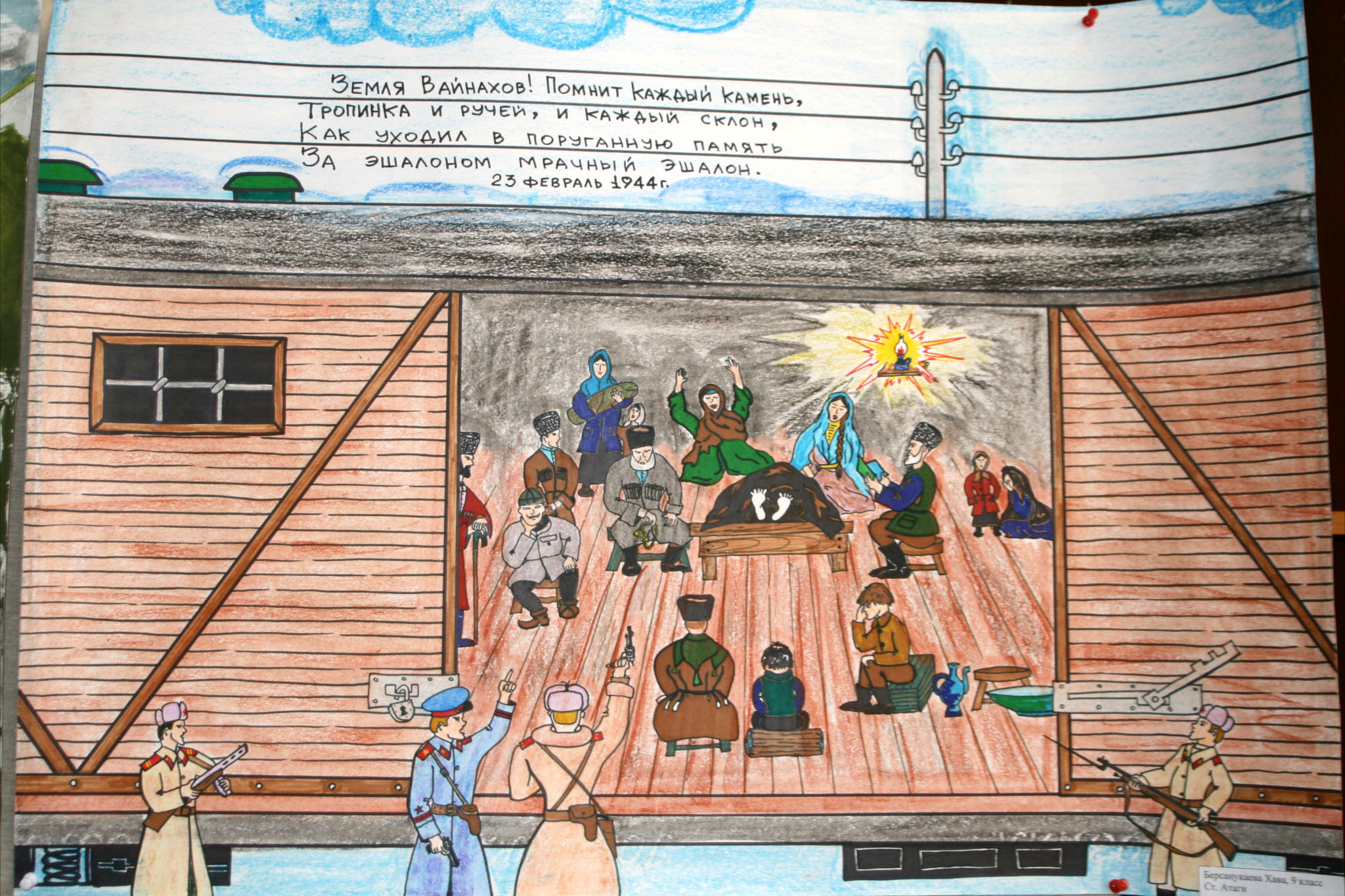 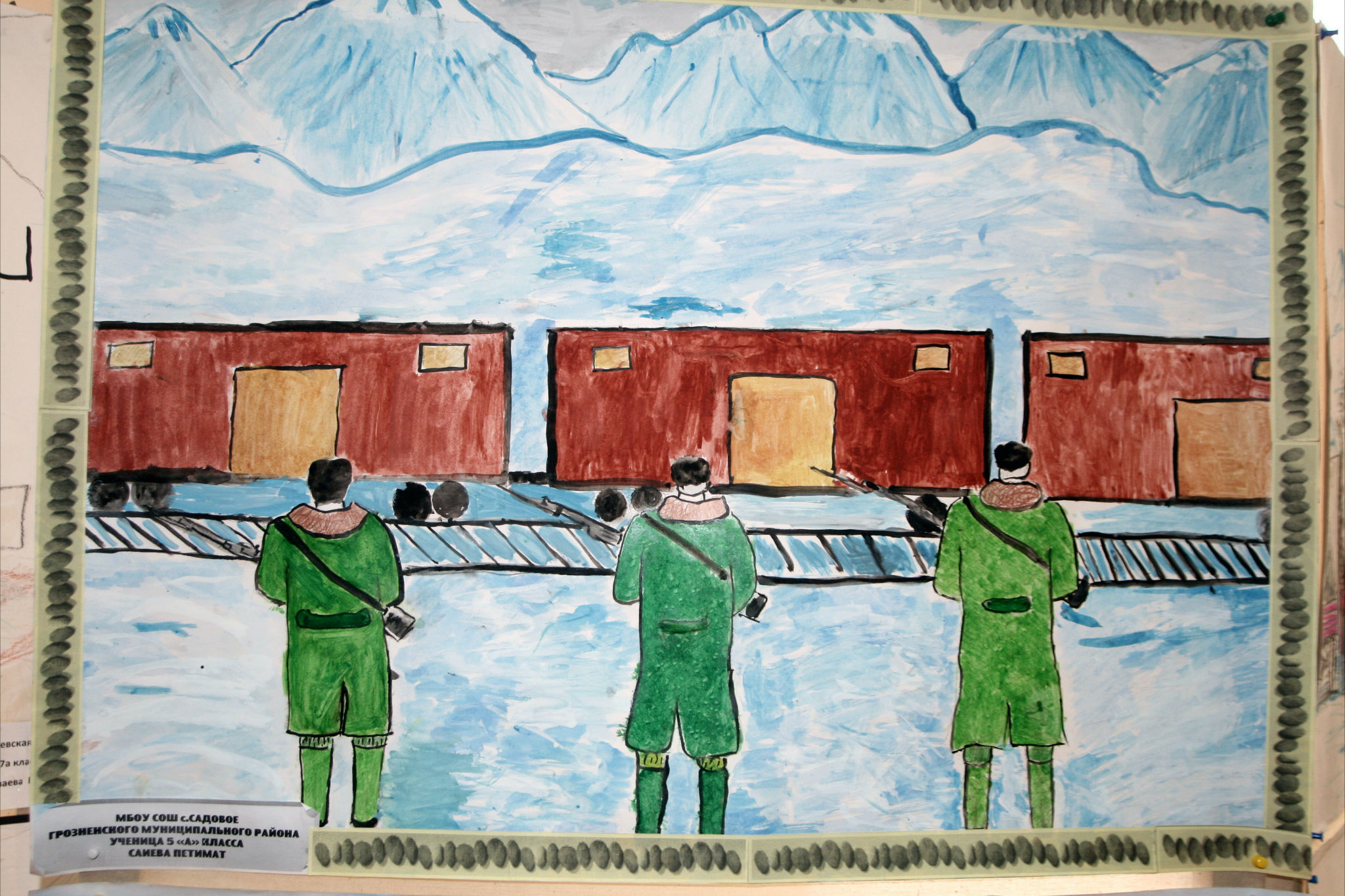