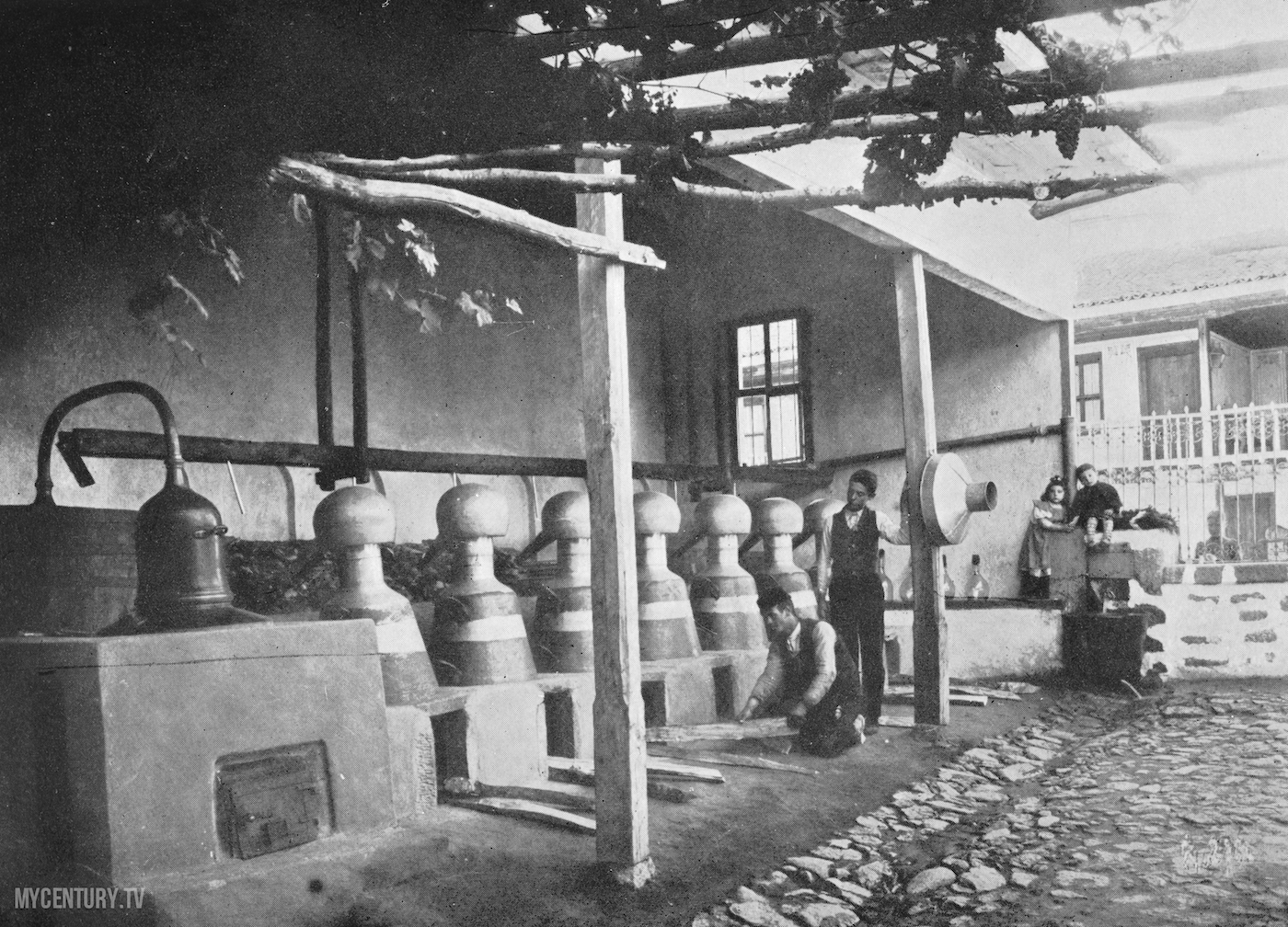 Distillation and extraction of Rose Oil was brought to the Balkans from Persia and India and refined by the Ottomans. In the Bulgarian lands the production started from as early as the 17th century. It brought wealth to individual traders, who exported the oil as a perfume substance, mainly to France, but also England.

Harvesting of flowers is done by hand at dawn, the material is distilled the same day. Due to the labour-intensive production the price of rose oil remains high.

At the time these photos were taken, the emerging Bulgarian state was hoping to break the earlier monopoly of Armenian traders, licensed by the Ottomans in this area. The new authorities promoted opportunities for Bulgarian dealers to sell the valuable commodity. This industry was nationalised by the Communist government in 1947.