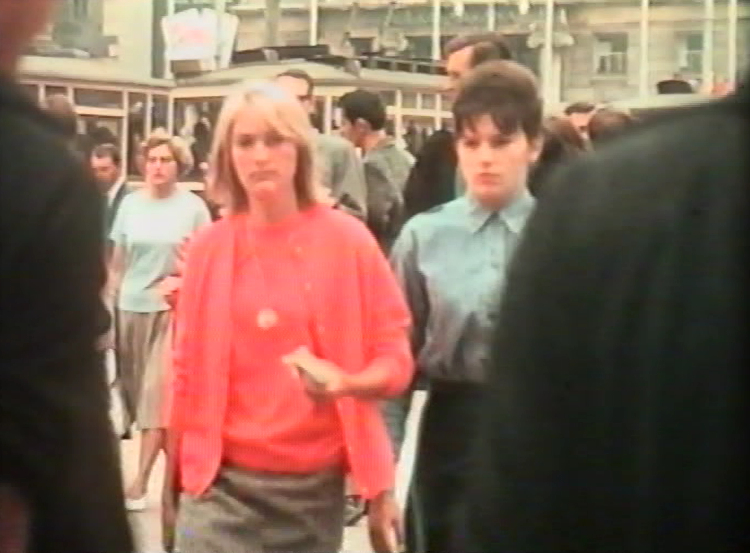 A rare Kodachrome film for Pan Am Airways

Yugoslavia was the only Communist-controlled country in today's Eastern Europe Pan Am flew to during the Cold War – showing how important the country was at that time.

A cultural icon of the XX Century, Pan American World Airways, or Pan Am, was the largest international air carrier in the US from 1927 until its collapse its 1991.

Pan-Am is remembered by many for its routes to divided Berlin - Tempelhof and Tegel.

Did you fly on Pan Am to Yugoslavia or West Berlin? Did you visit Yugoslavia's Adriatic coast, or perhaps Ohrid?

All rights to use purchased.

This Kodachrome film is just a beautiful and non-political piece of history. More on the seemingly still open question whether Yugoslavia was a Communist society despite its relatively open borders, was it dogmatic, did it ever try do deal with events of the recent past, like Bleiburg or the fate of its ethnic Germans, Istria etc - is available on:

The film brings beautiful memories, but one must accept: everything changes...

I need the wings today to take me to this beautiful land, the only one I would ever feel like my homeland... It was so wonderful living in it and too sad to loose it for many small, nacionalistical, unattractive lands.

what have they destroyed :( f-g americans they destroyed this peaceful amazing country :( even though it was communist country it was stil the best for living.

our country was really beautiful...Jugoslavia forever in our hearts!

I was born in this country in 1984, and before I had finished the first year of my school the war started. I miss this beauty of a country. I become so nostalgic watching this.

It is and was since 1948 not Eastern Europe but a neutral country like Austria or Switserland. It was communist, but a very pragmatic version of it, dropping ideas and dogma's that had already proven themselves harmful in the east. People were quite free and were alowed to travel or work abroad. In a night train if you were lucky, one could even sleep trough the border without being awoken, wich was obviously not the case with the iron curtain...

Yugoslavia was not in "Eastern Europe." It was not part of the Soviet Bloc and it was not behind the Iron Curtain.