Photographer Dimitar Deynov accompanied the Bulgarian Communist leader Todor Zhivkov for decades. In 1984 he went to Libya. This is how the news agency photographer remembers the journey:

- The whole trip was full of surprises for me. In the early hours we had a meeting in Muammar Gaddafi’s tent, we went there and took pictures of what we could. We then continued through the desert. At some point the column of cars suddenly came to a halt. I grabbed my bag, Gaddafi’s security escorts were about to spread out a carpet. So both leaders sat down to discuss high politics, the initiative had apparently come from Gaddafi. On the ground, in the middle of nowhere, they conducted negotiations. Gaddafi liked to brag that he was a 'man of the desert'.

Behind Zhivkov, sitting, with glasses is Petar Mladenov, Communist Bulgaria's Foreign Minister for 18 years and the man who toppled Zhivkov in 1989. Sitting to the far right is Zdravko Velev, Bulgaria's then Top Arabist and Zhivkov's Middle East confidant. But who are the 3 Libyan officials next to them? Any suggestions?! 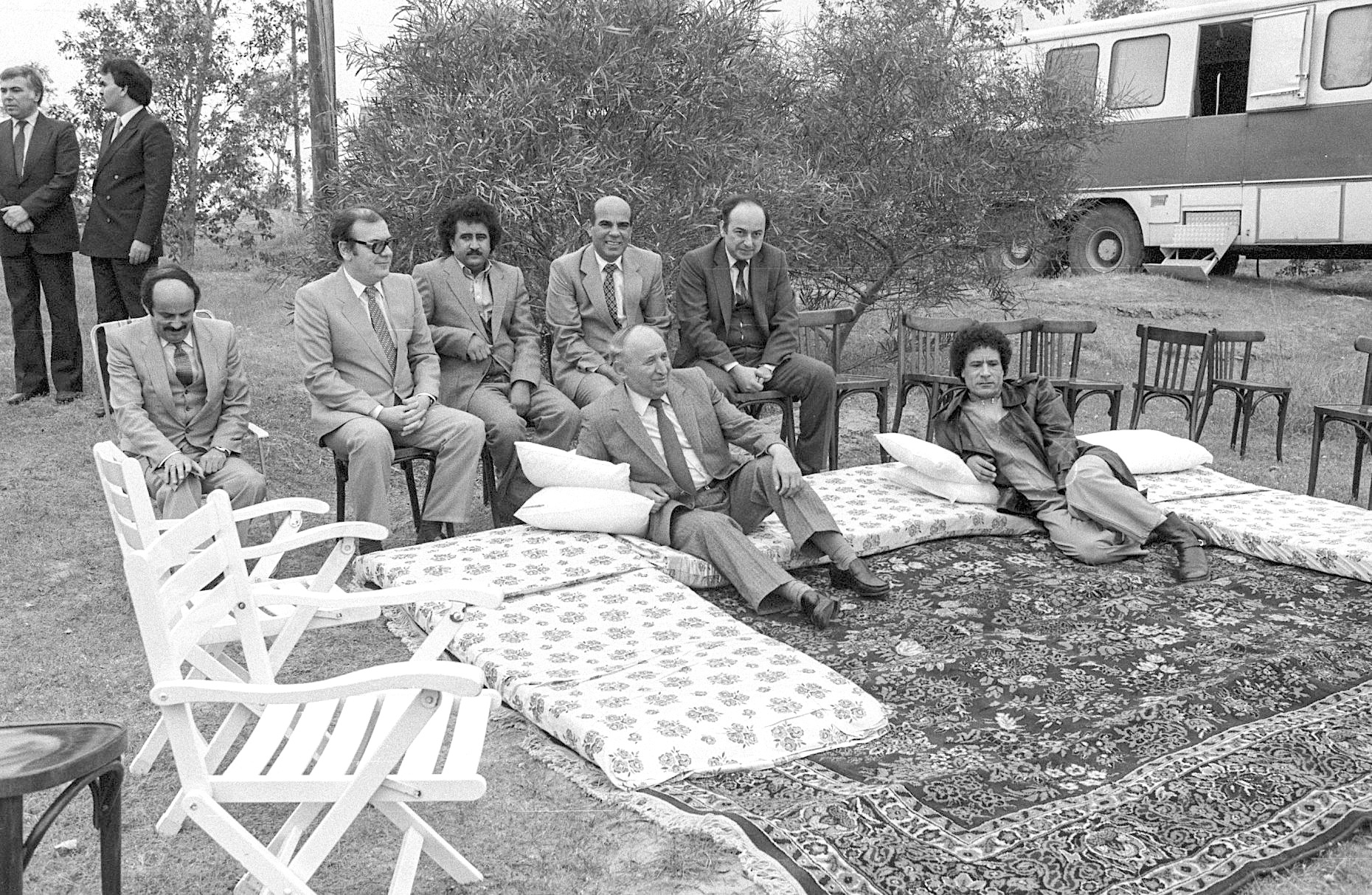 Thank you for uploading this picture. The man on the right, Zdravko Velev, is my father. I was really thrilled by the sight of this historic photograph.
ABOUT US