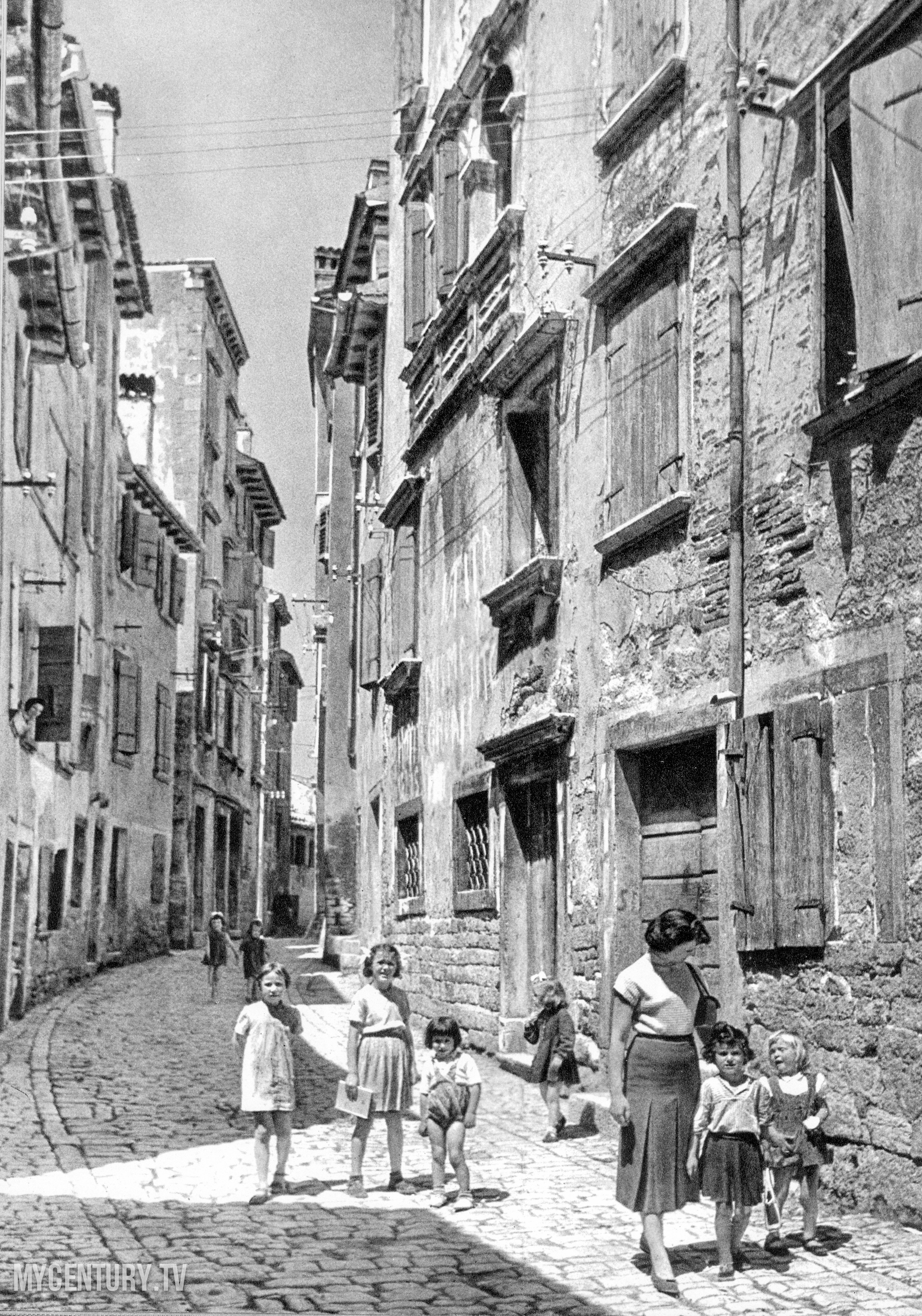 A rare photo of Rovinj, 1957. The fate of the Italian-speaking town of Rovigno always lay in the hands of the victors of war. First Italy won it from the Austro-Hungarian Empire, then Tito's Yugoslavia took over in 1947. It's now a Croatian sea resort.

After WWII most ethnic Italians left the area of Istria, their ancestral home. Hundreds of thousands of people were affected by the Istrian Exodus. They were mostly resettled in Italy, others went to Australia and America.

Do you or your parents know stories of the Istrian Italians? We would love to hear from you.

After this photo was published in 2014, we were delighted to hear from Zlatko Štokan. He grew up in this street - Trevisol, he still lives in Rovinj, and he took a photo of that corner now, 57 years on. 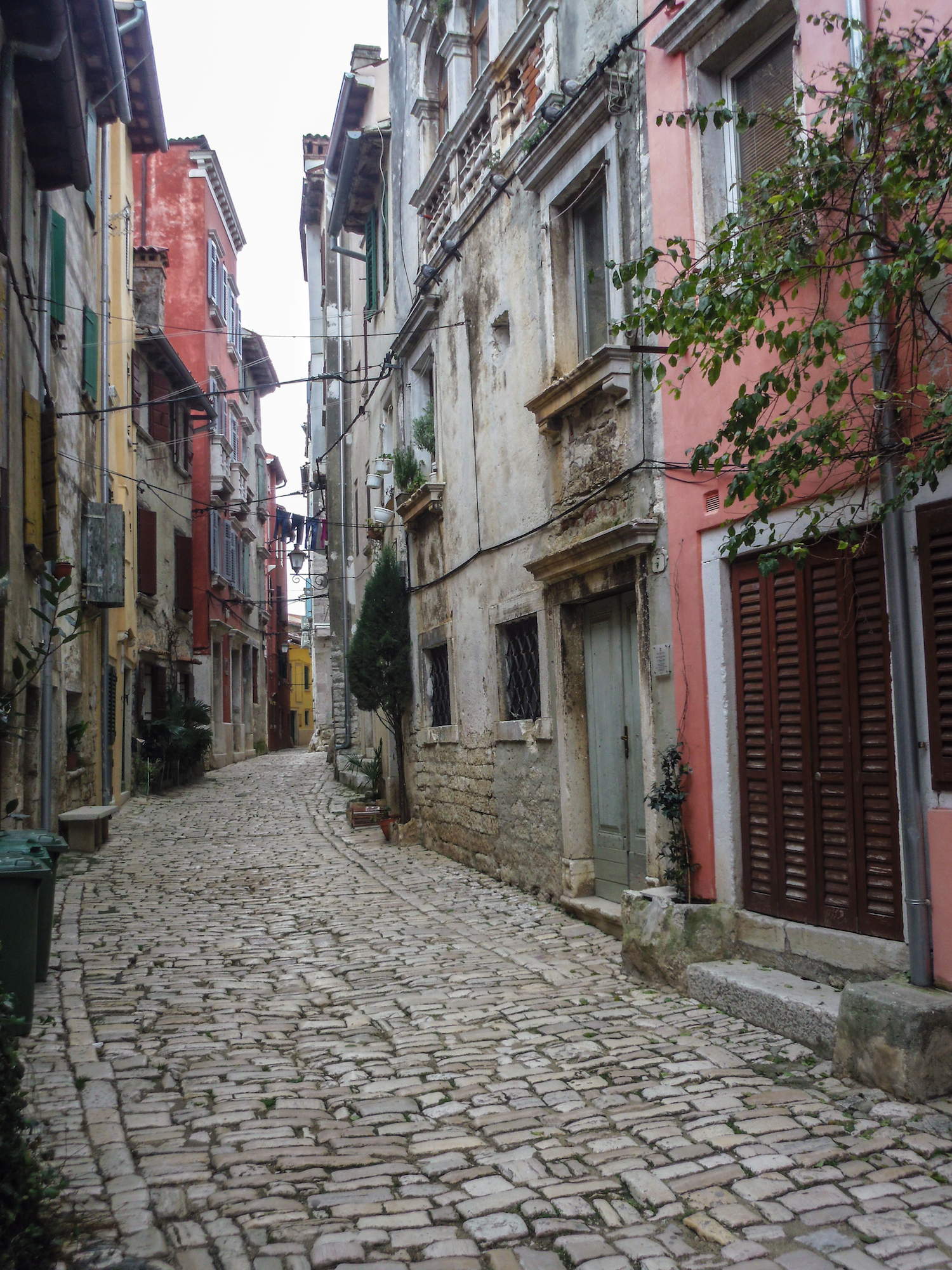 Furthermore, Zlatko recognised most of the people on the 1957 photo! Watch this space for more.

Sorry if the answer is simple, but was Rovigno part of Italy at one point? And what years? The history seems confusing as it's been past between a few countries over the years/centuries. My real concern is the beginning of the century 1900 to WW1. Any info would be greatly appreiated.
Bonjour Gianclaudio ! Rovigno a l'air très joli...
beautiful photo of a Rovigno still as we left it. I was born in Rovinj in December 1950 and my family for 10 generation has always lived in that small but beautiful Istrian town. With the options provided by the peace treaty of 1947 my family after seeing the impossibility of living freely decided to leave for Italy after the war. Now I live in Rome but I have not severed ties with my city and I visit at least 2 times a year. Now we still have a community in Rovinj Italian small but very active. Sorry for my basic english...
My father and his family left Rovigno after the war.
ABOUT US