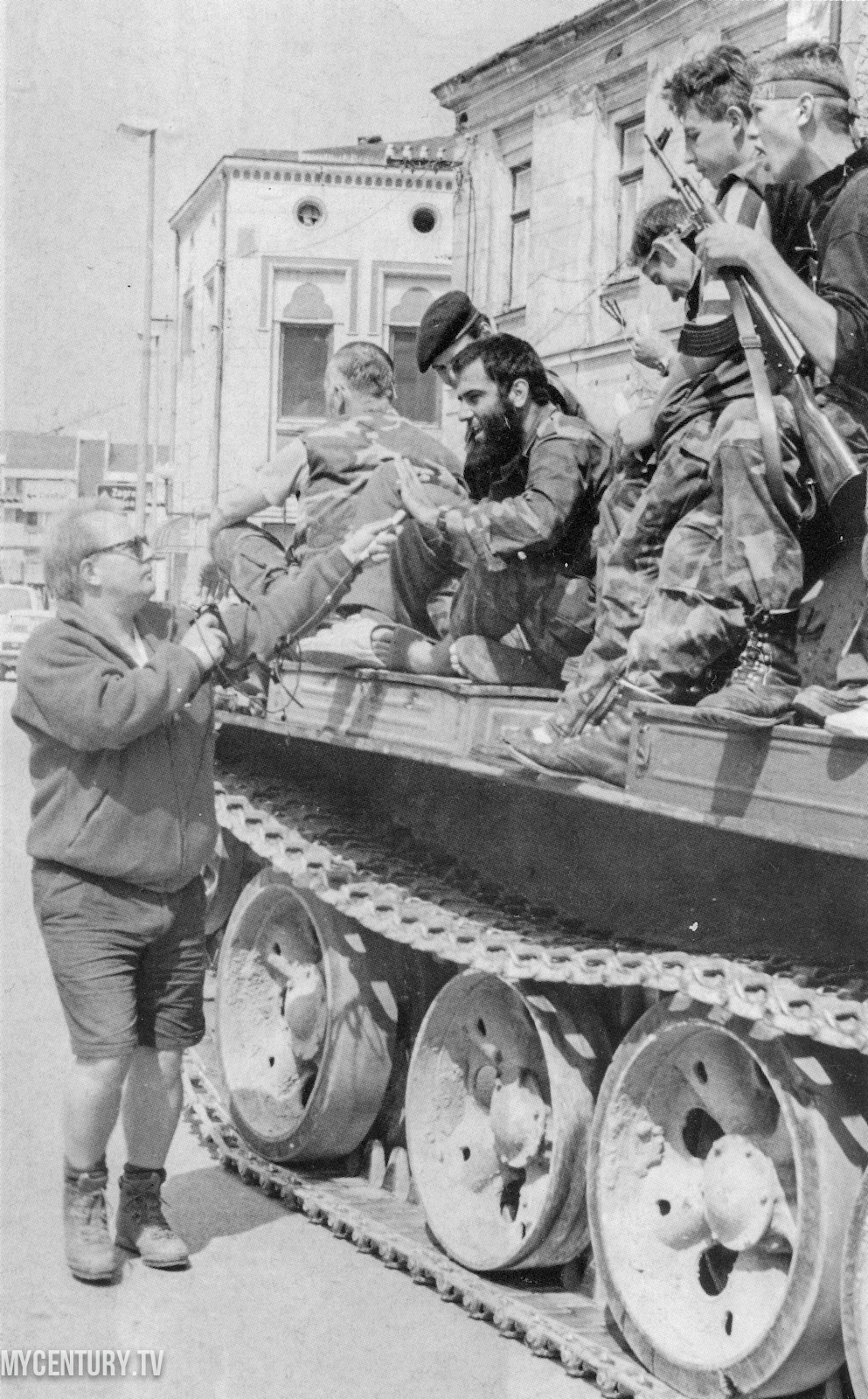 Dozens of young soldiers were clinging to the armour, clutching assault rifles, singing victory songs, and waving the green star and crescent flag of the seventh Muslim brigade. They had captured the tank from the Croats and were celebrating...

The seasoned British journalist Malcolm Brabant spent years covering the Bosnian war for the BBC, often at his own peril, including from the besieged Sarajevo. Here are some of his photos and observations from that time. 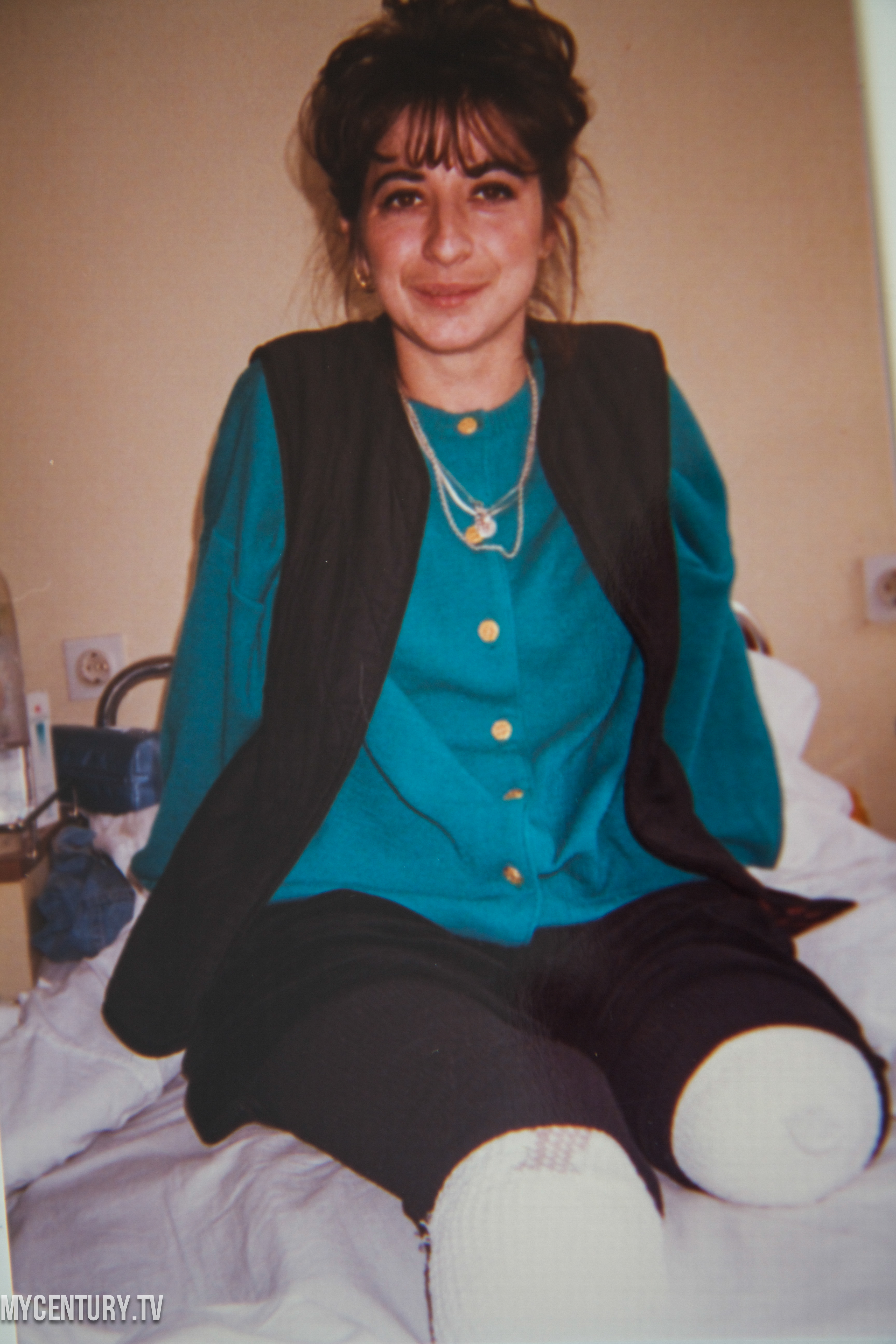 I met Fika Hadzovic in a Sarajevo hospital just before Christmas 1992. She had her legs blown off at the knee during a Serb mortar attack. Her stumps were encased in the type of string vests used by supermarkets to wrap a side of beef. “Take a sexy picture,” she said. Her beauty and courage shines through in this photograph. Her lack of self pity was profoundly inspiring. Fika left Sarajevo for France in the winter of 1992 and was granted refugee status. 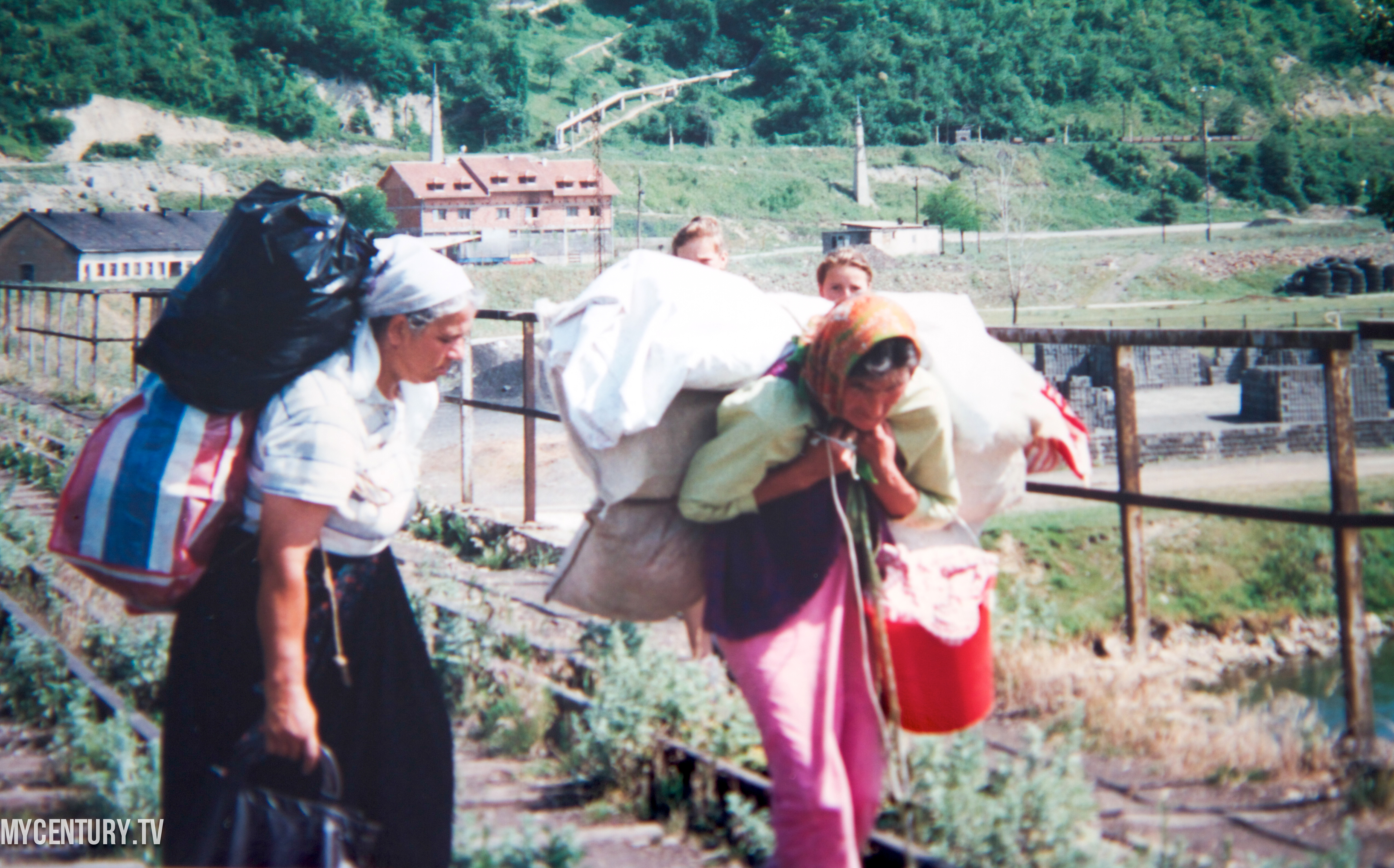 The refugees were half a mile away. One was wearing a white blouse that fluttered like a flag of surrender against the distant greenery of the mountain. Framed by majestic surroundings, they were insignificantly small and could have been dismissed as just a passing glance. Yet there was something insistent and compelling about one of the women. They were walking slowly down a railway track. There was no chance of being mown down. The trains hadn’t run for months. Weeds spouted from either side of rusty rails. The women rounded the bend and came into focus. The one in white was a grandmother. The other was her daughter whose two children skipped alongside. The mother’s head was encased in a colourful scarf, her legs in pink trousers. Two giant, bloated hessian sacks and a bedroll were strapped to her back. She carried a red bucket for washing clothes. She was tall and thin as a nail. But she was bent at ninety degrees, like a nail that had been mishit.

The woman welcomed the chance to rest a while and talk. She did not stand up straight but remained bowed at an angle of ninety degrees. She looked fixed in the position, not so much by the weight of her load, but by the journey. The refugee looked as old as her mother, yet she was not much more than thirty. They had been walking for a year. Walking away from the hammer of war. Every time they escaped a front line and thought they could rest, another offensive threatened the family and they resumed the long march.

Her name is gone and I lost the tape a long time ago. But I have kept her picture. Whenever I try to summon up the faces of Bosnia, hers always appears, burnished red from the elements and peering up at me from a painful angle.
She was pictured near Kiseljak in Central Bosnia in 1993 after having been on the move for a year. 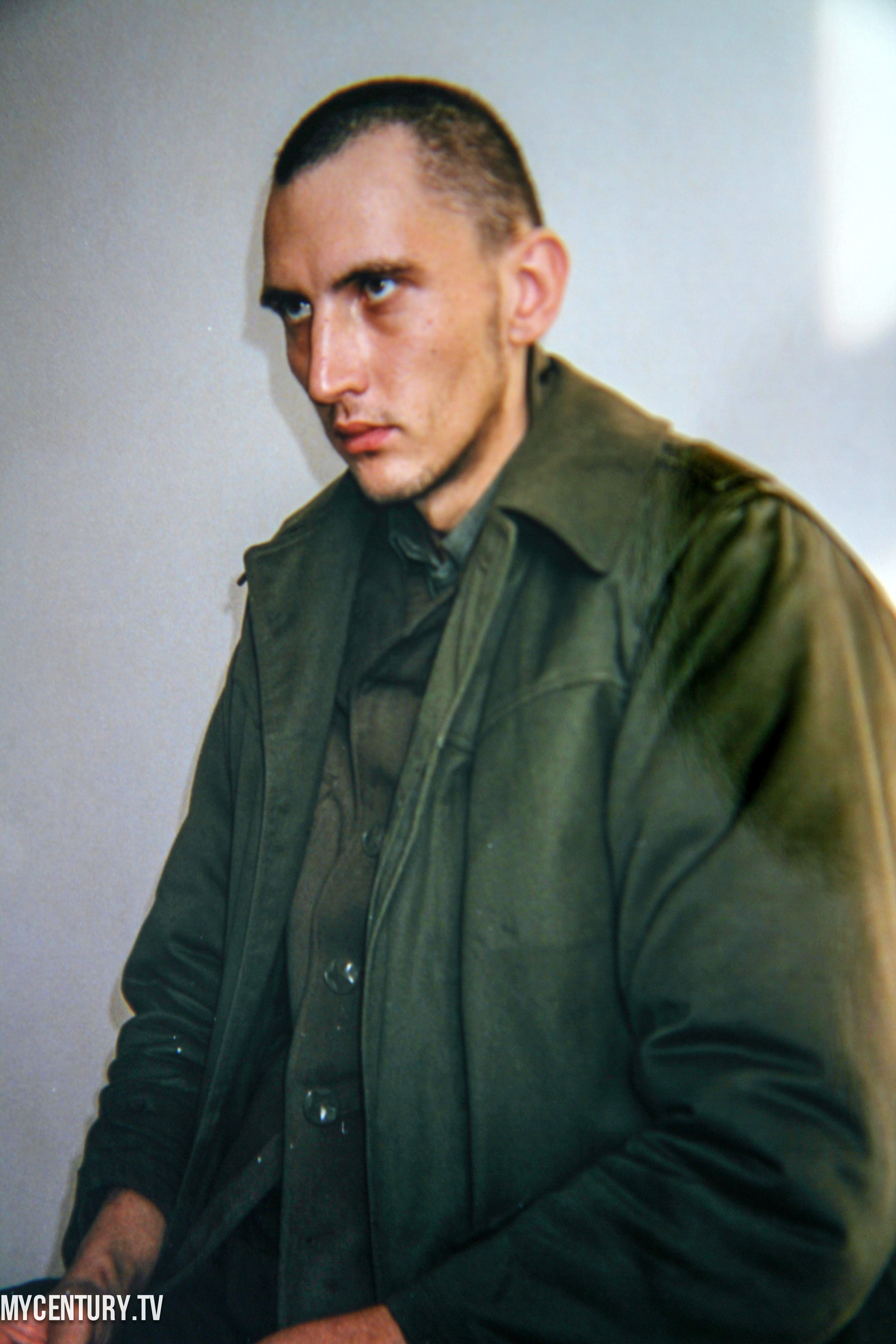 Borislav Herak, aged 22, had one of the most evil faces I ever encountered at close quarters. He also has to have been one of the most stupid war criminals in history. He and his hapless sidekick Sreten Damjanovic, took a wrong turning while in Bosnian Serb territory and drove into Sarajevo where they were captured at a Bosniak checkpoint. When I interviewed him with my translator Dina Hamzic at a jail in Sarajevo, he admitted raping and murdering at least a dozen Bosnian women. His confession validated claims at the time that rape was part of a Serb policy of ethnic cleansing. At the time Herak insisted he was telling the truth and was not acting under duress.

I was struck by his coldness and absence of remorse. At his trial he was sentenced to death by firing squad. Herak recanted his testimony in January 1996, claiming that his testimony before the Bosnian court was beaten out of him. His sentence was later reduced to twenty years imprisonment.

Herak and his co-defendant in court with a Bosnian policeman on the left.